Divide and Conquer (in relation to internal debates)

Divide and Conquer  (in relation to internal debates)

This axiom works on two levels. First, don’t allow yourself to become divided. This is the specific criticism I have towards liberals who have broken ranks and criticized the administration.  For starters, let’s look at the left’s complaints about Obama’s conduct of foreign policy.  Though he came through in a big way by ending the war in Iraq and killing Osama Bin Laden, he still takes heat for his failure to close Guantanamo (a situation that was largely out of his control) and his drone strike policy that has been assassinating terrorist leaders and cells.  I should point out that the Obama administration seems to have adopted the “better to be feared than loved” attitude at least towards foreign policy. This may sound harsh but in truth it is the right thing to do regardless of the lefts more pacifist tendencies.  And the blunt reality is that having a commander in chief willing to authorize the shooting of hostage takers, the raid on Osama Bin Ladin, and the use of drones as offensive weapons may have been the bargaining chip we needed to get Russia to turn around a boat load of attack helicopters headed towards Syria.  I do think that the drone strike program  should be intensely scrutinized by the left after the November election but now is a dangerous time for attacks from within.  To pacifist liberals I have one thing to say. Your choice is stark:  a president who has shown his willingness to exercise lethal force and political pressure in the pursuit of his foreign policy goals or a possible president who has surrounded himself with foreign policy holdovers from the neo-con movement. These Bush holdovers are the same group of  “think tankers” who managed to embroil this country in two wars in about a two year span of time.  Sadly, in the 2012 election, pacifist voters do not get to opt for no war. You get to choose between limited war and total war so decide which one you would rather have. (side note- you could always vote for a green party candidate but in this political environment that is essentially voting for total war!)

The next area of criticism from within Democratic Party has come from politicians with ties to the private equity.  Many of these politicians became quite uneasy with the Obama campaign’s attacks of Mitt Romney’s Bain Capitol resume.  Of all internal criticisms, this is probably the most troubling when viewed with respect to “The Prince.” In chapter 9, “Concerning Civil Principalities,” Machiavelli argues that a prince who rises to power on the basis of popular support from the populace is more stable than one who rises to power based on the favors of the elite.  The underlying principle of this instability comes from the fact that when elites collude to put a prince on the thrown they tend to look at the prince as an equal.  Thus a tit for tat relationship emerges by which the elites will be willing to switch their allegiance when a better deal comes down the road.  Indeed it has been reported that many former Obama backers from the financial sector have been switching their allegiance to Mitt Romney even before the Bain attacks began.

Under the economic and political conditions of the 2012 presidential campaign it should be perfectly clear why the Obama campaign is happy to use the financial sector as a punching bag in order to shore up its support among the more stable constituency that was formed from the populace.  More so than just abstaining from attacking Obama on this issue, politicians with ties to the financial sector, and members of the financial sector who still support democratic causes, should be willing to go one step further.  I actually feel that these people should be willing to “fall on their swords,” if that becomes necessary to secure a second term.  Now this isn’t ancient Rome so the good news is that these financially elite democrats and liberals won’t be literally required to slit open their guts, but if it means accepting a doubling of your tax rate if you are one of the lucky few to pay a mere 15%, then so be it.  If it means weathering the few indignities by being the target of a few attack ads then suck it up and swallow it.  And every time you feel the compunction to whine about these policies and strategies by the Obama team just try to remind yourself that if this was ancient Rome and you had been largely to blame for such an epic failure of the economy, you likely would be literally expected to fall on your sword.  If this was in the comparatively more civilized times in which Machiavelli wrote, renaissance Italy,  perhaps you would merely be lynched by the angry mob.  So more than any other fraction group within the liberal coalition, those donors who come from the financial elite and the politicians who are well funded by them need to grow a back bone and take one for the team.

One final concern in regards to maintaining internal unity has only recently become apparent. Several “Blue Dog” Democrats have been pressured by the NRA into voting to hold Eric Holder in contempt of congress. Pardon the irony, but this is a truly contemptible action.  To understand this in Machiavellian terms, we should first acknowledge where these “Blue Dogs” come from.  These representatives are largely from contested districts where, in order for a Democrat to be successful he or she must adopt certain conservative viewpoints. In Machiavellian terms we are basically discussing principalities (congressional districts in this case) that have recently been annexed or are currently under Republican assault in an attempt to annex.

In chapter 5, Machiavelli outlines three possible ways to deal with recently annexed free states.  First you can destroy it, next you can colonize it, and third you can set up a puppet government and allow the state to continue living under its own laws and customs. In the modern political arena we can look at those options in the following ways.  First you can destroy it through the use of Gerrymandering.  As mentioned in the introduction of this article, this is a tactic that Republicans have used to great effect for the past forty or more years.  The second option, colonization, is one with which modern politicians have very little control over in the United States.  Internal migrations tend to follow job opportunities and thus it is difficult for a political party to orchestrate the migration of its supporters into a contested district.  The third option, puppet government, is basically the strategy being employed in the case of the “Blue Dogs.”  Essentially you adopt enough of the political ideals of the local population to make yourself palatable on voting day.  Incidentally, this is the strategy that Machiavelli argues is impractical.  Sooner or later the natural ideologies of the local populace rise to the surface.  Their cries of “freedom” soon lead to revolts and the territory is lost.

In the case of Eric Holder’s contempt vote, the threat of the NRA is exactly the cry of “freedom” that the Blue Dogs fear and thus, they are being forced to break with their own party’s’ self interest.  This, from the viewpoint of “the Prince,” cannot be tolerated.  If the “Blue Dogs” are willing to vote for contempt, then they should be treated as persona non-grata. The tactics of the Tea Party should be adopted and these Democrats should be primaried out of their seats even at the risk of the seat itself. You will not have a political party capable of defending its principles from without if it does not have unity from within.  Gun rights are a complex issue and as such I recognize that they cross party boundaries, yet you cannot afford to have members within your party more beholding to a special interest group than to the party itself.  When faced with a gun rights’ issue they may be free to vote with their principles and with the interests of their supporters but when faced with a vote that threatens to weaken their party and the administration of their party, it must be clear that the Democratic National Party can and will wield a larger and more damaging stick than the National Rifle association.  The message must be “leave us now, then you leave us for good.”

Machiavelli: Why Liberals Should at Last Embrace the Ultimate Bad Boy of Politics »
« Divide and Conquer: (In relation to external attacks) 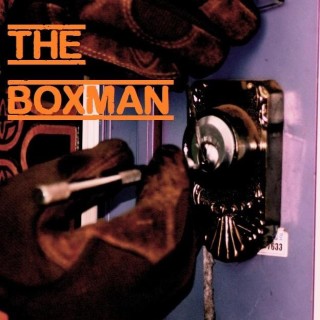